No Sleep, Yes Prints, and Kind (not) Strangers 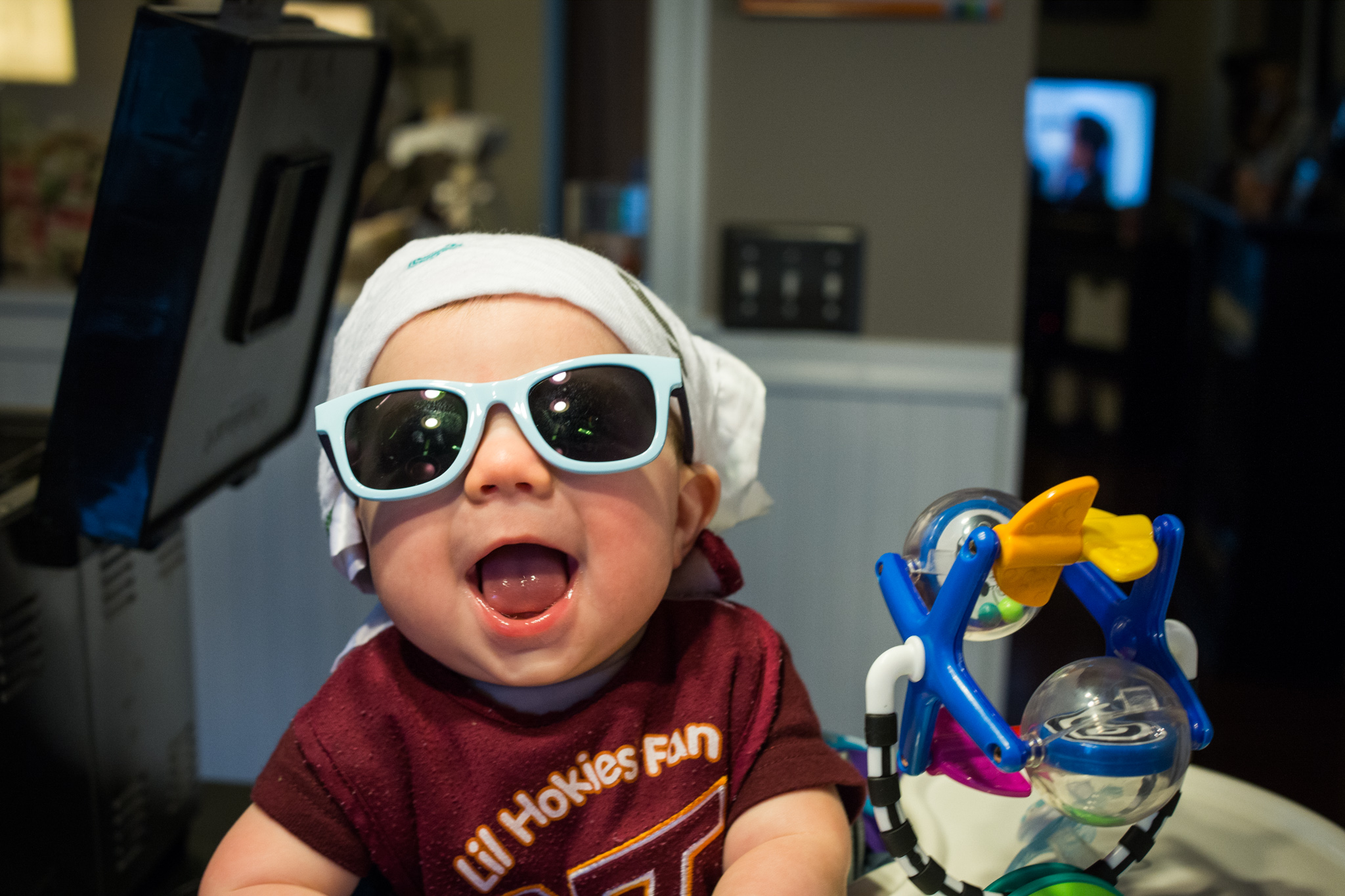 The realism of being a parent really seems to have set in these past two weeks, and has made me incredibly thankful for the people in our lives who help MOMPC and I take care of NPP.  A week and a half ago, our daycare provider went on maternity leave, which meant that we had to find something to do with NPP until she came back.  I took the first two days, which lead into the weekend, and then my parents split the time of the first full week.  This upcoming week, MOMPC’s Dad will be coming into town to watch NPP while MOMPC and I go to work.  Can’t feed this kid if we don’t make any money!

I can’t even begin to think of what we’d do if it wasn’t for the help of the grandparents.  Sickness and snow days absolutely ran wild over my leave this winter, and MOMPC can’t take time off very often.  It’s been great having NPP spend time with his grandparents, and I hope they realize how thankful we are to have that.

That being said, the past few weeks have been a little trying after, about, 9pm EST.  It used to be, MOMPC would put NPP down for the count, and have to wake him up around 7am the next day.  As we approach the 6 month mark, we seem to have regressed into not going more than four or five hours before NPP decides to wake up his parents, just long enough to have his back rubbed a little.  I’m not a heavy sleeper once I wake up, so it’s made for a lot of long days at work, and even a few days that got started around 5am.  We’re not really sure what’s going on.  NPP isn’t getting teeth yet, and we’ve given up on trying solids for a little bit (he really does NOT want to eat solids).  We’ve got our white noise machine rolling strong, and have finally gotten the house to a temperature that’s not too hot, and not too cold (thanks Nest!).  I guess he just wants to be a butthole for a little while.  Suffice to say, it’s getting a little old.  I miss a good night’s sleep, and hope this doesn’t continue much longer!

I wrote about my plan to start printing photos in late March, and MOMPC and I finally put that plan into effect earlier this month.  We picked up the lowest tier of pre-paid prints from shutterfly, and shortly after filling one of these, bought another album, and purchased the biggest pre-paid plan.  It’s been a lot of fun, going back and looking through just 6 months of photos, and it’s amazing how much you think you remember, but don’t realize happened, in the early part of your child’s life.  We’re definitely going to keep up with the plans, and really loved the feedback we got when I mentioned it the first time!

My biggest concern about the project, originally, was that I wouldn’t print photos because I don’t take a ton with my work cameras.  Thankfully, with the persuasive voice of MOMPC constantly in my ear, we make use of our Samsung NX Camera, and the camera on my Galaxy Note 4 is really tough to beat.  Having the wifi ability of the Samsung camera, and the app on my phone, we upload a ton of photos through the Shutterfly app, and ordering prints is scarily easy!