Welcome to the World, Baby Noah! 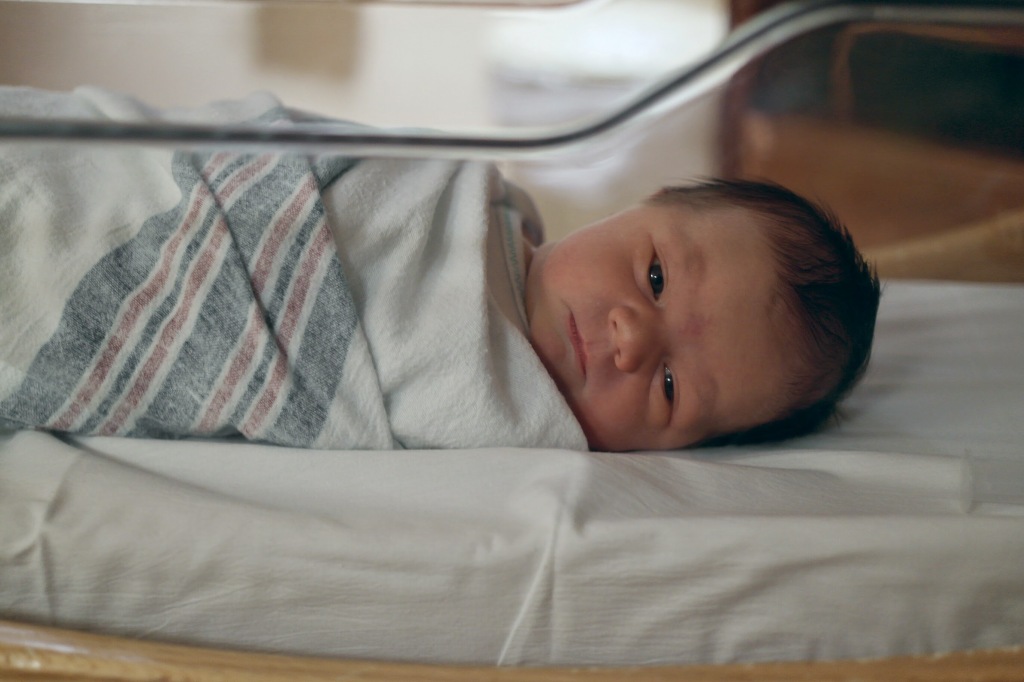 For anyone following along at home, as of October 26th, we were still without our little guy.  Facing less than five days until her due date, MOMFC was told that they would be inducing her on a scheduled date, because our little butt-munch just didn’t want to budge.

Thursday, October 30th, MOMFC received the call from her doctor’s office, and passed along the depressing information to me that she was scheduled for 0530 on Thursday, November 6th.  No Halloween baby, no fun costumes and, most important of all, almost one more whole week of being miserably pregnant.  To truly seal the deal, we cared pumpkins and spent about $40 on Halloween candy, since it was pretty obvious that we were going to be home to pass it out.

See where this is going?

At 0629 on October 31st, 2014, I received the phone call that will undoubtedly change my life forever.  Standing in the shower after drying off, MOMFC’s water broke.  At least, that’s what she thought happened when she called to tell me.  She made a quick call to the hospital while I waited in a nearby parking lot (I was halfway to work at this point) and then called me back to tell me I should just go ahead and come on home.

I’ll spare you any of the details other than the fact that, less than 12 hours later, that little munchkin at the top of the post came screaming into the world and into our lives.  My wife, a person whom I already respected and thought more of than any single person on this planet, did one of the most amazing things I’ve ever been witness to, and delivered our healthy, 7lbs. 3oz. beautiful baby boy at 4:47pm on October 31st.

It’s now late on Sunday night, and I’m not really sure where the last few days have gone.  It should feel like an eternity, because the most successive hours of sleep I’ve got is roughly 2.5 hours, but it seems like we were just on our way to the hospital to see if we were even going to be staying for the day.

So now, I guess, the fun really starts.  I had the highest of intentions to bring my laptop with me on the day my wife was induced, as I’d have plenty of time to blog about the process, and how much it sucked having to wait so long.  Thankfully, little Noah Alexander decided he really just wanted most of the civilized world to dress up and eat candy for his birthday.

So that means I’ve got some catching up to do with posts, reviews and, when I find time, more musings about being a father.  It still hasn’t sunk in yet, but every time I say that f-word, it gets a little more real.

Welcome to the world, Noah Alexander.  Your parents have been waiting for you, and we can’t wait to help you grow day-by-day.