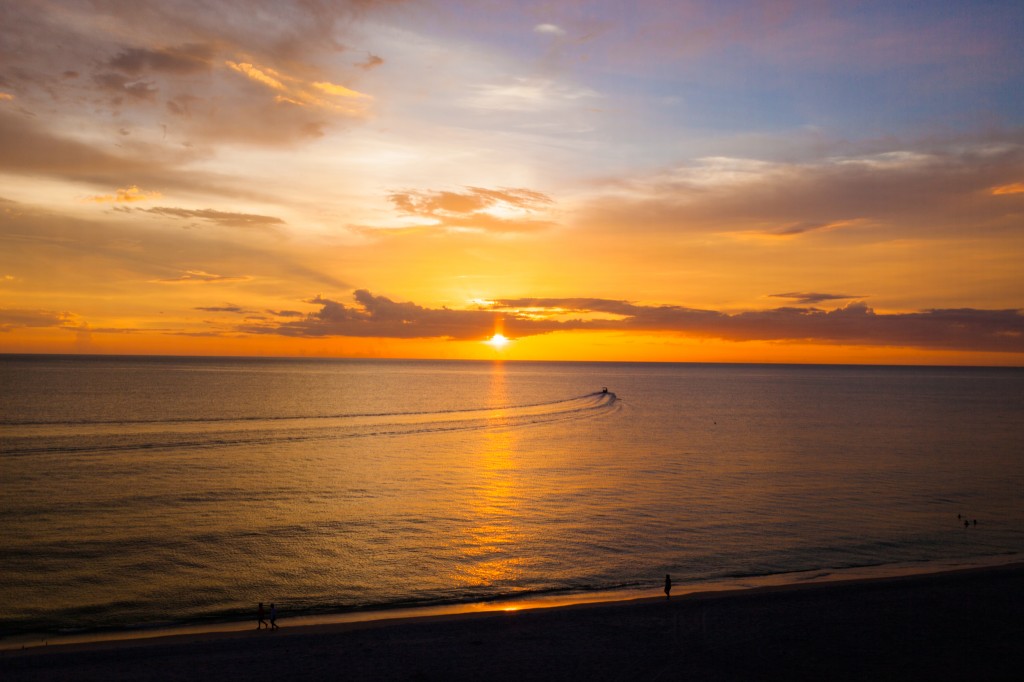 I guess the title of this post is a metaphor, or something like that.  I really just liked the photo that I took this past weekend in Naples.  But, I guess in a way, it is a metaphor for the MOMFC’s pregnancy.  Tomorrow, Friday September 5th, Elise will be 32 weeks pregnant.  That means that, if all goes according to plan, there are only 56 days left until there are no longer groups of voting people who do not consider me a father.

If you’ll pardon my french (kids, look away), we’re pretty much hurdling into “Oh…shit” territory.

It’s not that we’re not prepared.  I’m pretty sure that we own two of every item they make for babies, and We’ve both read a library’s worth of books on becoming parents (her, admittedly, more than me), but much like getting a tattoo, or experiencing an earthquake (even if it’s on the East coast) or investing dividends, I have a feeling that parenting is one of those things that you have no concept of until you have no choice but to figure it out on your own.

Updates have been sparse because life has been busy.  I thought for sure we had packed in as much as we could into the time that we had left, but apparently it wasn’t enough, because I feel like we haven’t stopped moving.  I sat down tonight, realizing that it had been weeks since anything had been documented, and I realized I had to, at the very least, get something written down.

All that being said, however, I really can’t describe my level of excitement for the birth of this boy.  There isn’t a day goes by where I don’t think of something new I’m going to get to experience going forward.  As a kid, you probably don’t realize the relationship that a father has with a son, because you don’t get to experience that part of it.  You take it for granted, and it’s only much later in life that you get to take time to reflect on the time your parents spent (and sacrificed) with (and for) you.  Sports practices, school visits, vacations trips; all of these things are things I now get to look forward to experiencing!

– Last weekend was our de factor “Babymoon”.  We got to spend a few days with my in-laws to celebrate my MIL’s birthday.  It was a great time and it was a bit of a shock to be sitting in ATL realizing that it would be our last plane flight without a kid.

– There are a metric s-ton of books available for kids.  In lieu of cards, we invited guests of the baby showers to bring books.  We even got this instant classic (still in question whether we read it to him).

– Operating a baby monitor requires an advanced degree in rocket surgery.  I ended up picking the Motorola MBP43/2, but I’m beginning to think it would have been easier to just hire someone to stand watch 24/7.

Going forward, I’m going to try and update more frequently.  Life is going to be a lot more “Baby prep” and a lot less “life”.  If there’s anything you want to read about, please let me know!